We just discovered a documentary series called "The Fourth Purpose",  based on John Taylor Gatto's books and ideas. We have not been able to find out if this documentary has ever been made but it is still a very interesting idea.
From the website: "The work of this film will not be to uncover some vast conspiracy at work for the past century and a half, consisting of industrialists, twisted utopians, and phrenologists. Much more to the point, we hope the viewer will be compelled to look at the evidence of the persistent dumbing down of our children and ask: Is it simply bureaucratic dysfunction that has caused this or have there been other dynamics, other forces, trends and tendencies that have produced these appalling results? If so, what might they have been? The urgency of our young utopian visionaries to create a more perfect and perfectible society? The needs of our juggernaut economy to absorb a docile and tractable workforce along with its complementary requirement of a vast army of compliant consumers?"
Eddie Martinez is Bronx-bred Puerto Rican filmmaker. After slipping out of high school he studied film at the SUNY Purchase film program. He graduated and worked on a bunch of movies, of which one went to Sundance and another to Tribeca. A year after graduating, he got his masters in education policy and theory at the Harvard Grad School of Education. He just finished a feature documentary called To Be Heard (about 3 teenage poets growing up in the Bronx) that currently airing on PBS.
-- go to Eddie's website
-- go to "The Fourth Purpose" website 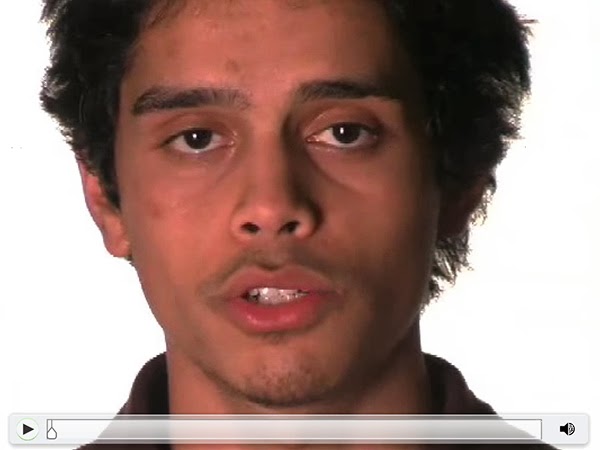