WHY LEARN TO PLAY MUSIC

"The beauty of music..it doesn't have necessarily to be professionally for everybody.. my family did it for enjoyment.. I still do it for enjoyment, I got lucky.. I know for a fact that there was never an ounce of me wanting to play music to be famous"
Vincent Gill is an American country singer-songwriter and multi-instrumentalist. He was the front man for several country music bands before going solo in 1983. Vince has sold more than 26 million albums and earned 18 CMA awards, and is tied for having won the most CMA Male Vocalist Awards. He is a member of the Grand Ole Opry and the Country Music Hall of Fame, and has received 19 GRAMMY awards to date, the most of any male country artist. Besides being known for his talent as a performer, Vince is regarded as one of country music's best known humanitarians, participating in hundreds of charitable events throughout his career. Here he talks to the NAMM Foundation about what music means to him. Click on image below to listen to interview.
- Download NAMM's brochure "WHY LEARN TO PLAY MUSIC?" 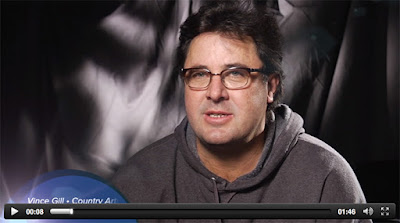